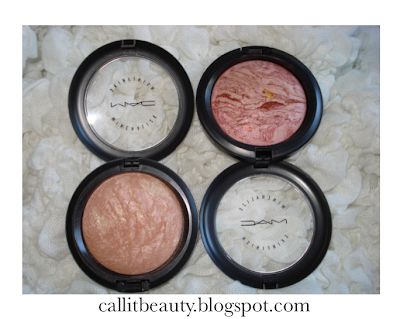 Useless Fact Of The Day: Dani is always late to the game.

So when MAC release their In The Groove Collection, it took me a while to actually make any purchases. I had my eye on a couple of items, but what really caught my eye were the MSF's. Now, I was never very impressed with the MSF's. I thought they were too gritty and too shimmery and was hesitant to put anything with that texture on my face. However, when I saw the swatches for the MSF's re-released in In The Groove, I was really intrigued.

Now at this point, Stereo Rose was long gone. I'd feel bad, if they hadn't apparently sold out within 15 minutes. Comfort was much too dark, however beautiful it is. So my choices were: By Candlelight and Petticoat. I swatched both when I was in Metrotown 3 days ago but was a bit frightened of Petticoat as the floor sample had a lot more of the raspberry veining running through it. So I decided to be safe and purchase By Candlelight, it was my very first MSF after all. 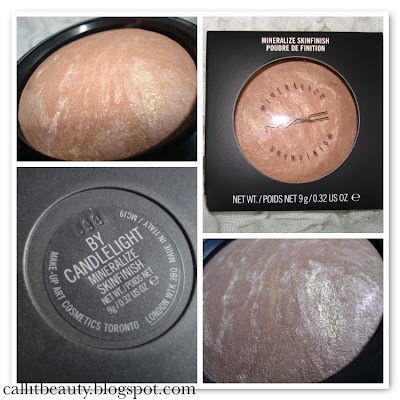 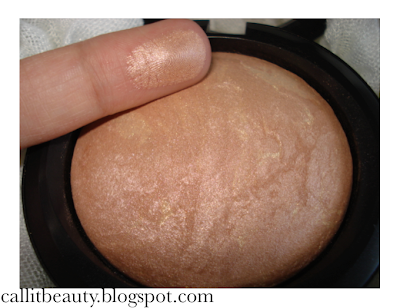 But when I got home, I continued looking through reviews and swatches and thought I'd give Petticoat another try. So yesterday while I was running errands, I decided to stop by MAC and take a look at Petticoat again. Well, this time I loved it. So I caved and purchased one for myself. 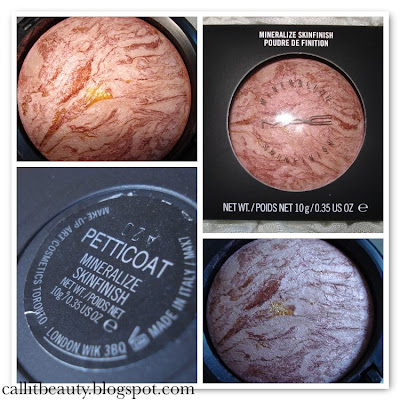 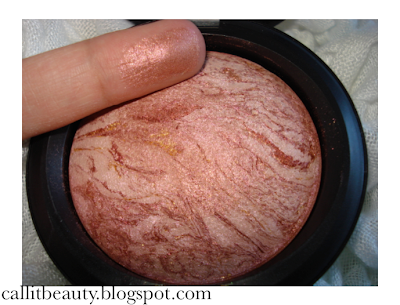 I have to say, I'm really happy about my purchases! First of all, look at them; they're beautiful! I love that no two MSF's are alike. Add to that the fact that these are Limited Edition, I knew I had to have them. They are gritty when swatched, but I find that isn't the case when applied with a brush. It blends well and is much more subtle when applied than what you would imagine, judging from what you see in the pan. 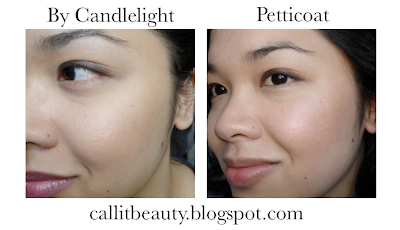 I'm so glad I caved and bought these. Looks like I'll have to wait another 5 years before I can purchase Stereo Rose at a reasonable price ($50 on ebay? Um, NO) because it's sold out EVERYWHERE. But I have By Candlelight and Petticoat, which I have a feeling is more suited to my colouring than Stereo Rose would've been.
Do you have any of the In The Groove MSF's?
Are you as happy with them as I am?
Posted by dani@callitbeauty at 5:36 PM

Email ThisBlogThis!Share to TwitterShare to FacebookShare to Pinterest
Labels: beauty, By Candlelight, In The Groove, MAC, makeup, Mineralize Skinfinish, Petticoat