So last Friday, the fam drove down to Vancouver, WA to see my brother for his birthday. Which meant approximately 6 hours in a car. What better way to test out my bases? 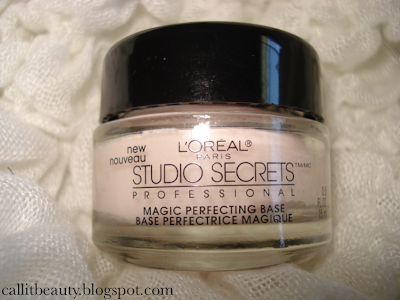 I first read about this product from Beauty Crazed, which was given a great review by Lisamarie.

L'oréal's blurb: Discover the secret to perfect skin texture. Introducing Studio Secrets Professional Magic Perfecting Base for instant smoothing results. Get the perfect skin texture, instantly and all day. The silky, lightweight formula glides onto skin and minimizes the look of pores and fine lines. Skin looks and feels smoothed and resurfaced. The result - a unified matte finish that's flawless. 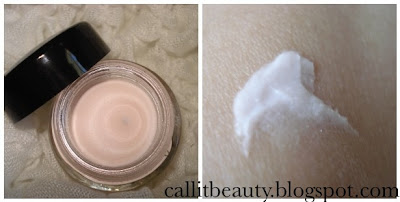 I have to say the texture is amazing. It feels super silky and glides onto the skin well despite its thick consistency. I don't have much in the way of wrinkles and my pores aren't large to begin with (thankfully), so I can't comment on the Magic Perfecting Base's efficacy in that regard, but I did notice that my skin felt much smoother after application.
But the best part is, my foundation applied much better with this base: it looked smoother, more even, and I ended up using less product to achieve the coverage I wanted than when applied foundation without the Magic Perfecting Base.
The only gripe I have with this product is that it does nothing for the under eye area. It doesn't make my concealer stay put longer or apply better. Looks like I will forever be cursed with dark circles.
Urban Decay Primer Potion 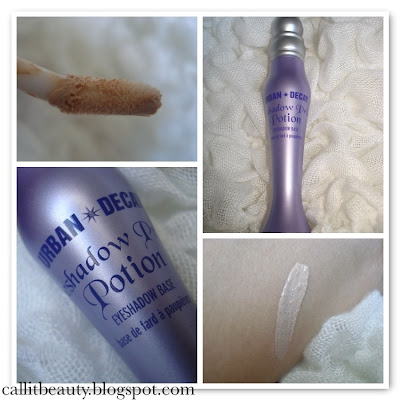 Urban Decay's blurb says: This miracle eyeshadow primer is unmatched by any other in the beauty industry! The genie in this bottle fulfills three wishes: eyeshadow that lasts, more vibrant and lasting color, and absolutely NO creasing.

Four words for this product: I.DON'T.GET.IT. I mean, seriously, what's with the hype? Well, yes, the eyeshadow colours did look a bit better, but not that much. It doesn't make my eyeshadow/eyeliner last that long and it looks chalky in my eyelids. It also causes difficulties when I apply my eyeshadow because my brush catches on my lids which causes more shadow deposit in some areas. I wouldn't mind so much if it were easy to blend out, but it isn't.
I used to be in love with this product, back in the throes of love at first buy. But the more I used it, the less impressed I was. I don't know if it's a faulty batch or my faulty application skillz, but I just can't get into this product. Although, A Beauty Junkie In London says that the Sin version of UDPP (look at me, throwing down some abbreviations!) is much easier to blend than the original UDPP. So Sin is on my radar of products to try because I would really love to have a good eyeshadow primer.
Before/After 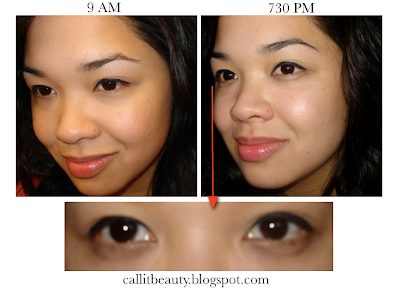 As you can see, my foundation and blush are still in good foundation (no touch-ups, I swear!), but my eyes were a hot mess. I applied UDPP, a light eyeshadow from the Sleek Storm Palette, and Revlon Colorstay Liquid Liner. If you notice, my liner has migrated south and it doesn't look good!
FINAL VERDICT
L'oréal Studio Secrets Professional Magic Perfecting Base: worth it. It makes my foundation look smoother and more even, has an amazing texture, and for $11.99 CAD, a definite bargain!
Urban Decay Primer Potion: not worth it. Yes, it makes my eyeshadow colours a bit bolder; but it doesn't make it last longer and it's difficult to work with.
Posted by dani@callitbeauty at 7:35 PM