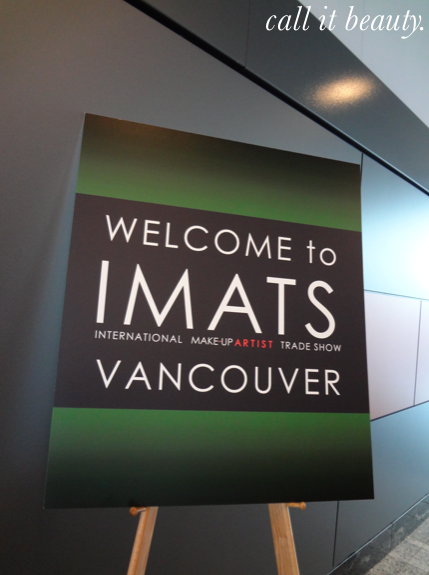 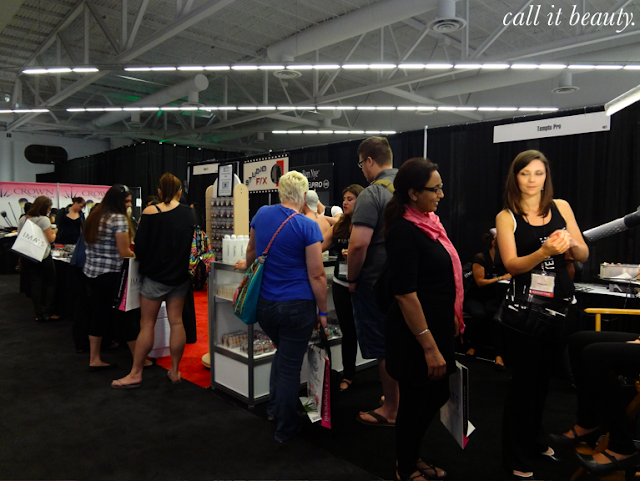 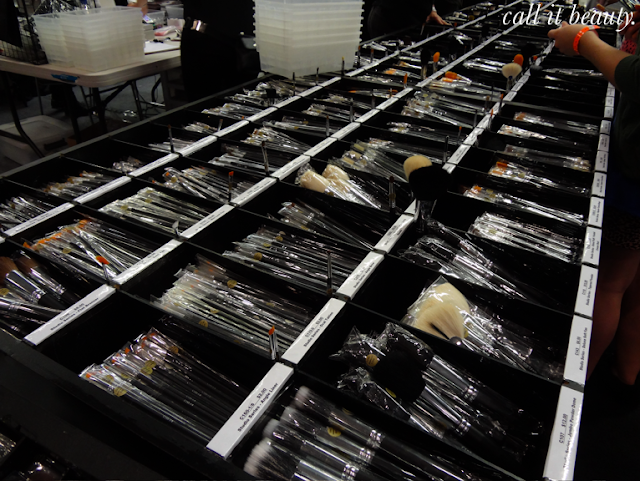 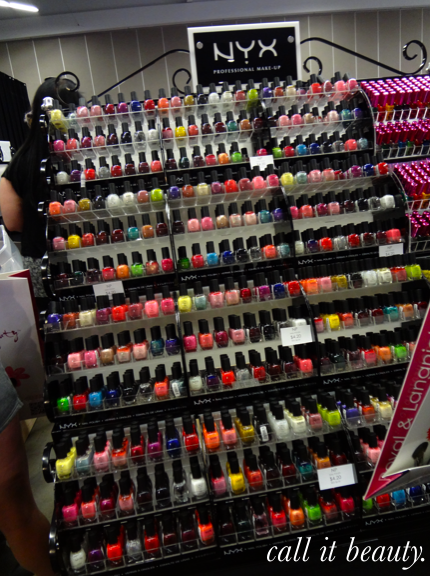 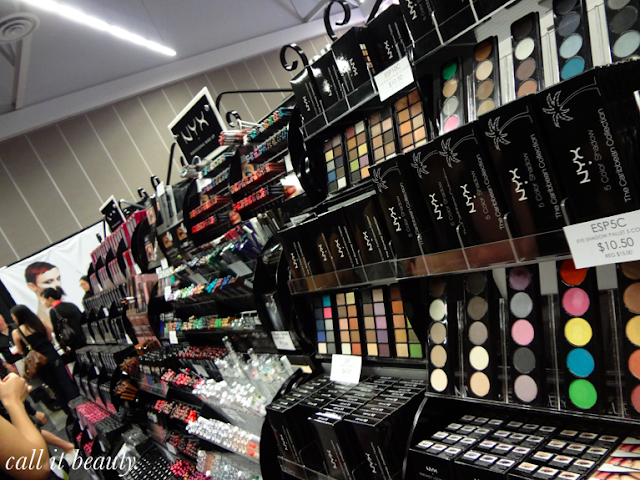 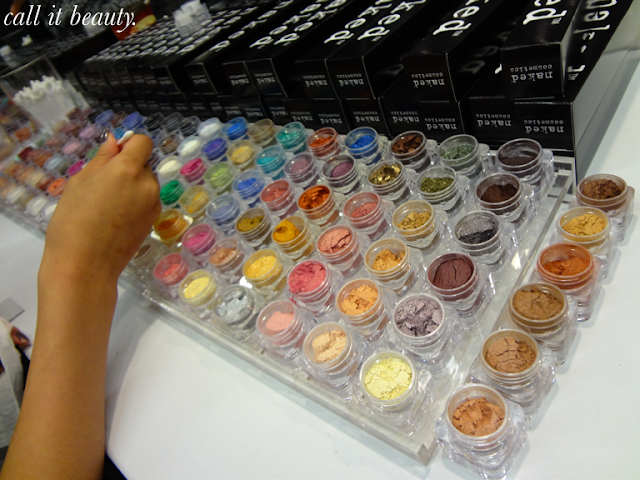 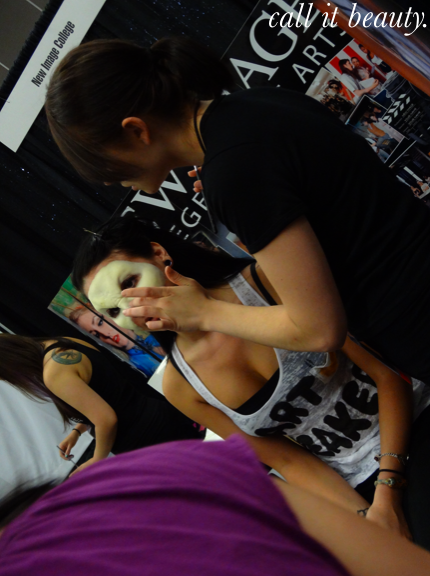 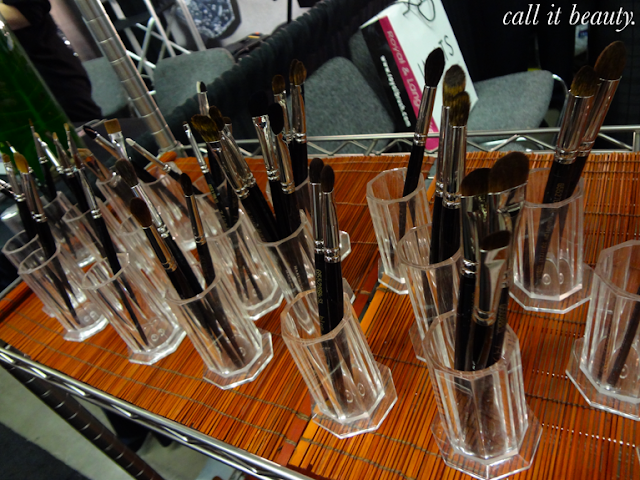 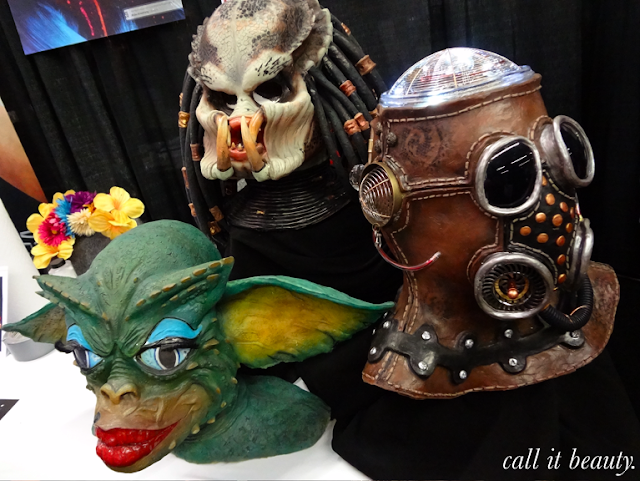 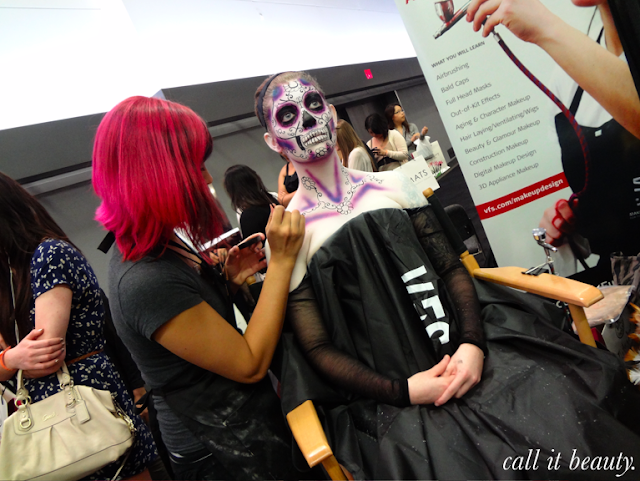 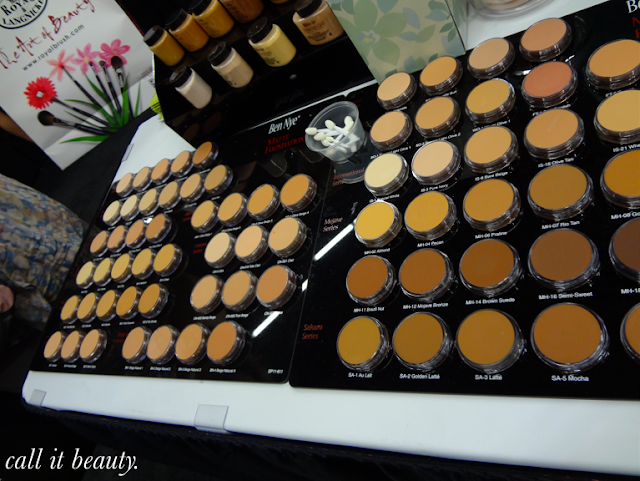 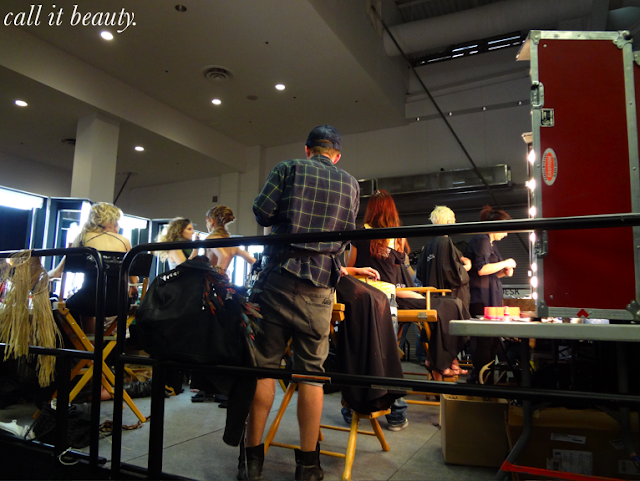 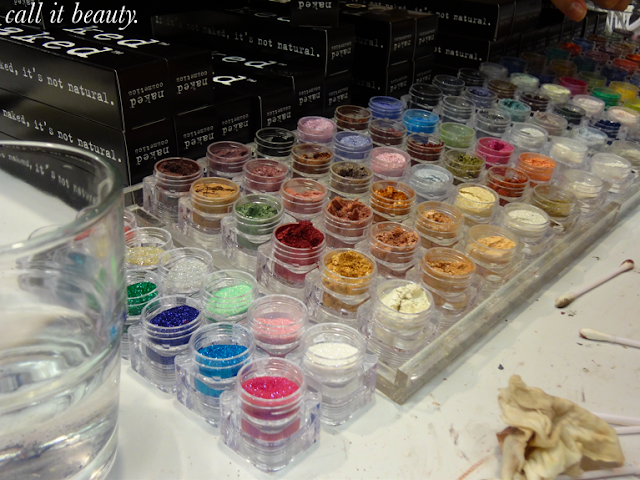 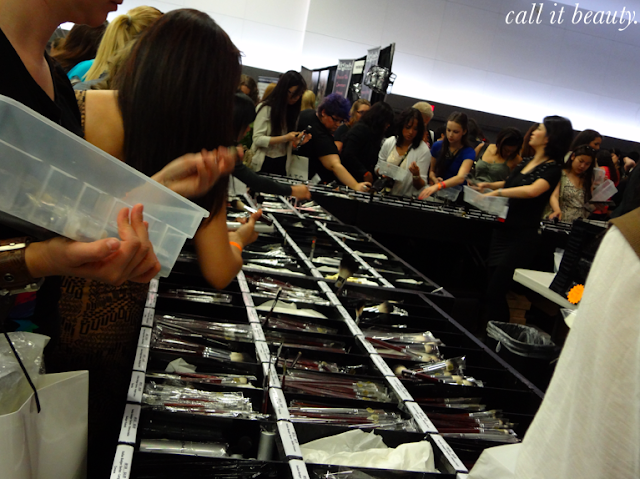 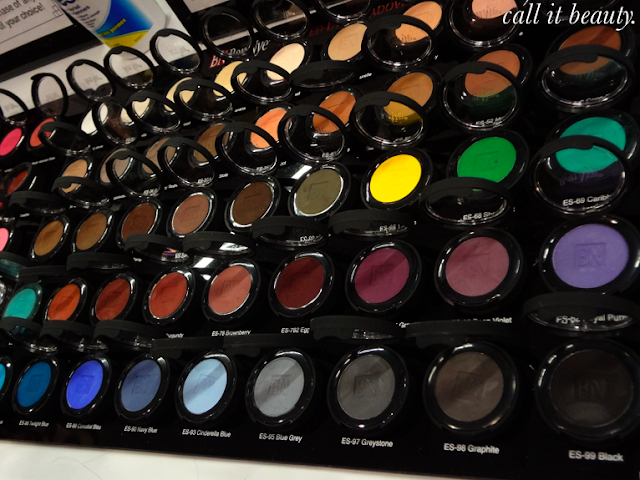 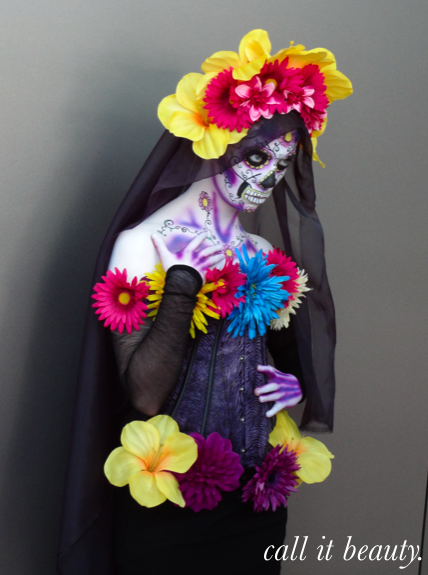 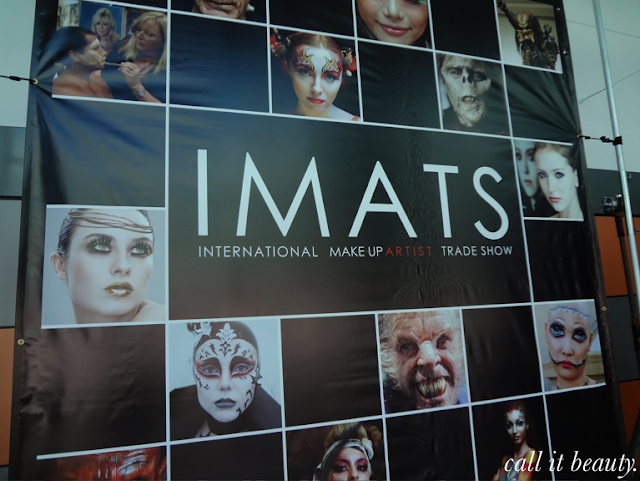 So when I first heard about IMATS, it had already passed. I vowed then and there to make the next one... And I almost didn't. You see, I was supposed to go with my best friend but she had forgotten and booked a vacation (I asked her months in advance :p) so she was unable to go. I decided I wasn't going to go then, seeing as I really need to save up for a future trip to London. However, the day before I decided I wanted to go after all and was scrambling around looking for someone to come with. I wasn't able to find an IMATS buddy, so I decided to go alone and am I glad I did!

All in all, I had such a blast! I was there pretty early so I was able to miss part of the rush, which I'm so glad for because it was pretty packed by around 10:30. There were demo's going on everywhere and it was so awesome seeing professional makeup artists transform beautiful women into hot pink aliens or floral-skeletal-things.

For any make-up artist/junkie, IMATS was pretty much heaven. Glorious row upon glorious row of makeup products, all at discounted prices. I think the only thing that would've made my experience better was if:
1. The line to Make Up For Ever wasn't so damn long the whole time I was there! Same goes to Eve Pearl's booth.
2. CoverFX had more products on sale.
3. The Ben Nye booth actually sold their products. There were so many uh-may-zing eyeshadows that I would've loved to purchase!
4. In general, there were more brands present. Toronto has Embryolisse, FACE Atelier, M.A.C., Nars, OCC, & Stila. The Los Angeles exhibitor list is probably 3 times as long as the Vancouver one. I mean, I totally get that Vancouver isn't exactly a huge metropolitan hub, but we aren't called Hollywood North for nothing! Give us some more brands, IMATS! *hopeful face*

Anyway, lots of fun was had. And can I just say how awesome NYX's set up was at IMATS? It had four sides, with pretty much the same product present on opposite sides. They had 2 SA's manning each side with multiple SA's in the middle stocking the display or helping with cash. Speaking of cash, they had 2 registers and 2 lines going so the line moved quicker than you expected. Everybody at the NYX booth was super friendly, too! If there was any brand that thoroughly impressed me at IMATS, it was NYX.

So after I was done at IMATS, I decided to enjoy the beautiful Vancouver view since it was quite a beautiful day. Here's some photos from around the Convention Centre... 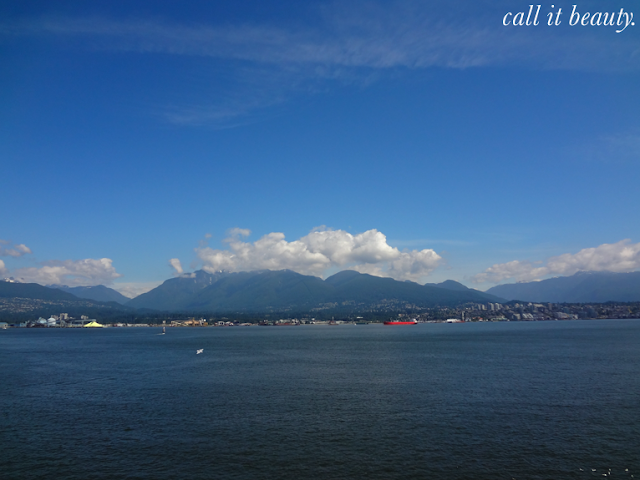 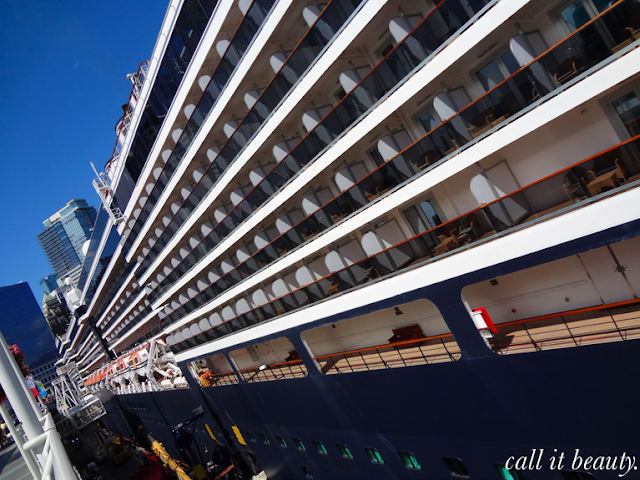 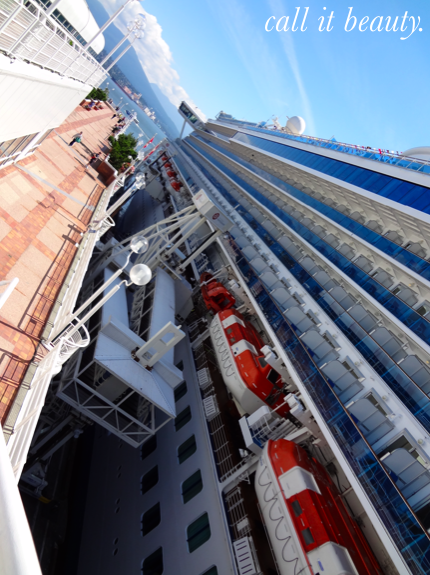 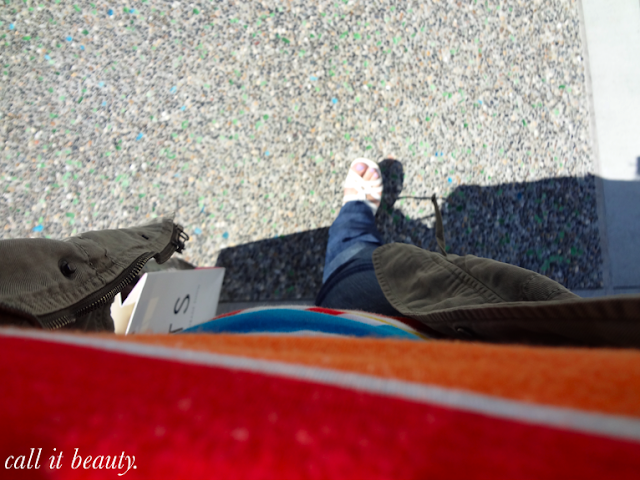 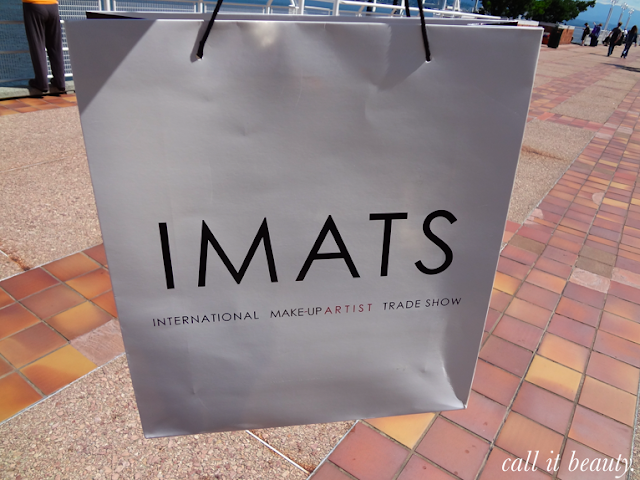 Have you been to an IMATS before?
Posted by dani@callitbeauty at 8:30 AM