Making Up Is Hard To Do: The End Of Evening & Bridal 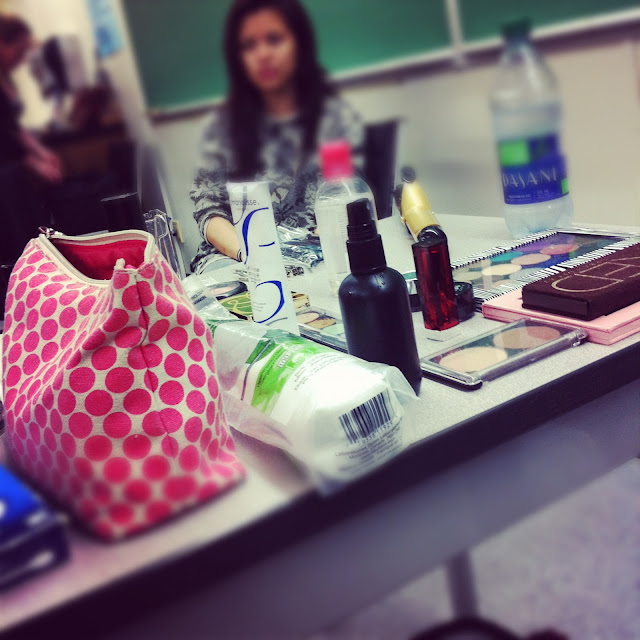 Well, that's another course done!
Evening & Bridal, unlike Makeup Artistry Fundamentals, breezed past in a flurry of various makeup looks. Seriously, it went by so fast, I was slightly dumbfounded at the end of my last class on Wednesday night.
If you follow me on Twitter, then you'll know how much I fretted and worried over my final exams. Hair and makeup in 90 minutes is a lot of work and for someone like me, who isn't a proficient hairstylist, it was a cause for concern. 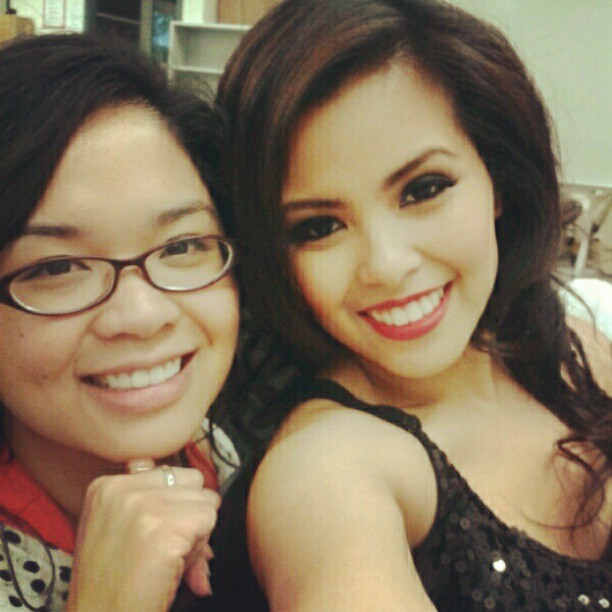 This is the look I did for my Evening Makeup final. My model is the utterly gorgeous Missy, who I've been friends with for about a decade now.
I was feeling quite confident about this look because I had done it twice on her already: once during a practice run and another for a show. The last time I did this look, I was pressed for time and did the makeup in under 20 minutes; so I knew exactly what to do. On the exam itself, I finished just in time and was pleased with how it turned out (and with my instructor's repeated murmur of: "ugh! This is gorgeous.").
For this look, I simply curled her hair and backcombed the roots for a more voluminous style. For the makeup, I did a dark, smoky eye with a bold red lip. I used the Estée Lauder Pure Color Blush in Wild Sunset that I reviewed recently on her cheeks and it looked absolutely fabulous.
Each student got to choose which look she wanted to have photographed by a professional and I chose this one. The photographer showed me some of the shots in her camera and they look really good! I can't wait to show that to you guys! 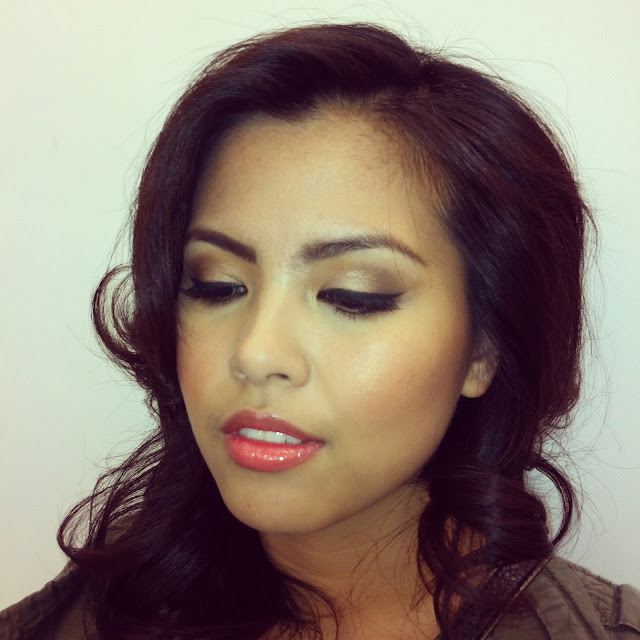 This was the look I did for my Bridal exam. I wanted to go for something more glamorous and was originally going to go with a red lip; but since I went with red for the last exam, I decided to switch it up.

Both practice sessions for this look didn't go well. I went overtime on the first one and for the second, I stopped right at 90 minutes but hadn't done her lashes or styled her hair (beyond curling). My problem was that I was spending way too much time curling her hair. So I decided that I was going to focus curling the front parts of her hair really well and just rush through the back parts by curling bigger chunks of her hair... It worked! Not only was I able to finish all of her makeup, but I still had ample time to style it in a one-shoulder style. I really wish I had remembered to take photo before Missy removed the pins and the hair accessory so you could all see how it looked.

As for the makeup: This was what I did for the second practice session. I actually don't remember what I did in the first session, but it certainly wasn't this :p. I did a flick on her eyes but decided against that on the day. I told myself that I'll just line her lash line with pencil and smudge/smoke it out. I did do that during the exam, but I wanted a more solid definition, so I ended up doing a flick anyway.

I'm really proud of this look (described by my instructor as "very Eva Longoria"); partly because I seriously though I wouldn't be able to pull off everything in 90 minutes, but mostly because it finally earned me a perfect mark. *victory lunge* 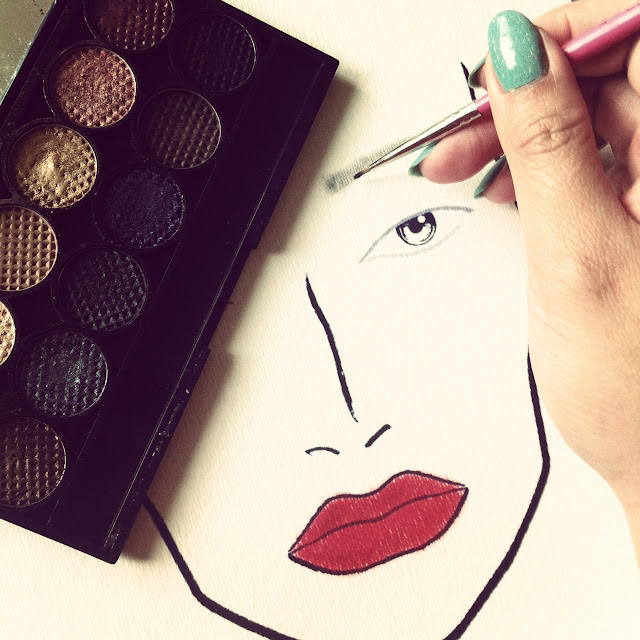 So what's next for me?
Well, I'll be taking the Fashion & Photography course, which starts in September. I also have a few definite gigs lined up: a graduation ceremony, a maternity photo shoot, an engagement photo shoot, and two weddings between now and the end of July. There's a possible wedding in December, as well (the wedding itself is definite, it's my participation that's up in the air :p). I also have been approached by a few others for other work, but those are not set in stone.
I'm also considering taking some more hairstyling classes in the future so that I can do both hair and makeup for clients. Our course only had two classes of hairstyling, which is really not enough for me. I'm not exactly comfortable doing hair for people at this moment, so hopefully I can eventually learn how to do all sorts of updos.
I'll be starting up a website as soon as I have a few photos that I can upload; I've already decided on a domain name and the web platform I want to use, so I'm really excited to have that set up. Also, my friend Missy, who is also a talented graphics designer, has designed business cards for me, which will go to print after my website has been set up. Exciting times up ahead!
It's funny how when I first started this journey, I wasn't really sure where it was going to take me... To be honest, I was slightly nervous that this venture would prove to be a massive waste of time. But now that I have Evening & Bridal under my belt and these upcoming gigs to look forward to, I find myself really excited to see how this career will go.
Anyway, once my website is up, I'll be sure to let you guys know. I'm excited to share that with you guys! And if you've actually read through this ramble of a post, then I thank you! Here, have some cute puppies for your trouble. :D
Have a great weekend, lovelies!
Posted by dani@callitbeauty at 8:00 AM

Email ThisBlogThis!Share to TwitterShare to FacebookShare to Pinterest
Labels: Evening and Bridal, makeup, Makeup Artist, Makeup Artistry, Making Up Is Hard To Do, Ramble