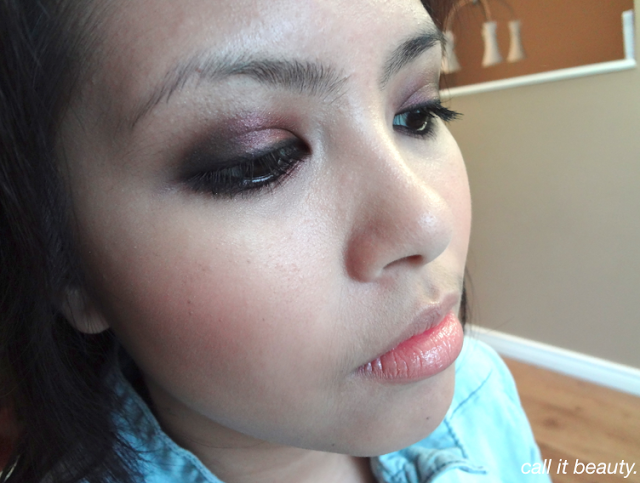 Greetings, lovelies! You know what Friday means -> WEEKEND! What's everybody's plans? Mine is to relax and do some much-needed writing. I know, I'm wild!

Anyway, if you read Wednesday's post, you'll know that I've been in desperate need of makeup application practice. Sure, I'm pretty good at applying my own, but that's because I know my face quite well (and so I should). But I want to be able to make everyone's face look as good as I want it to, so that means I need to get more practice working on faces other than my own.

So first up is my lovely and talented friend Missy! I've known this girl since we were kids- well... I believe I was 16 and she was 15. Anyway, she's the one who designed my banner and she's also a crazy-talented dancer/choreographer/designer/singer, etc!

I'm quite happy with this look, actually! I was originally thinking of doing something very natural and "bridal" with her, but I soon changed my mind when I looked at my palette. And I'll be the first to admit, I'm not very interested in creating natural looks. I like dramatic, I like colours, I like bold! So of course, I went with that :p. Hope you guys like this look! I know I do :).

Anyway, since my goal is to improve, I thought I'd list out all the things I could've done better:


Oh, and one last thing I've learned: I either need a) make friends with photographers or b) get better camera equipment, because I want nice photographs of my work...

Making friends with photographers it is!

No seriously, I know I'm not a pro, but my camera absolutely did not do her base justice. I didn't have good lighting and my camera really isn't that great. I promise, her foundation looked much more even than what you see on the photo! >.< 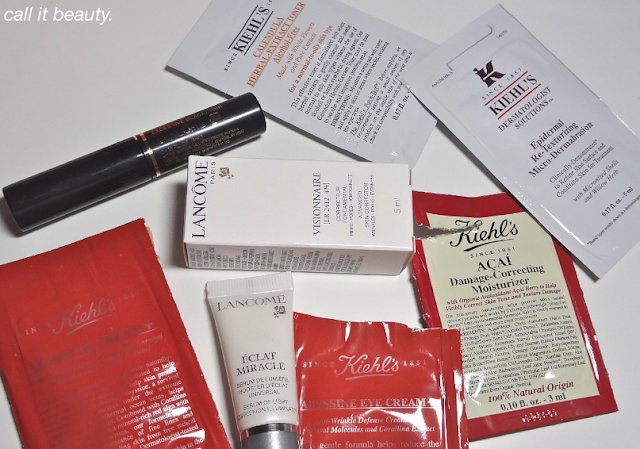 I've decided to go on a SPENDING BAN! (dun-dun-duuuunnnn)

With my makeup kit + my laptop + buying various other things which shall remain nameless (until I review them >.<), I have really been spending way too much. So I decided that I shall join the ranks of Tracy, Larie, Liz, Monica & Makeup Morsels... And I shall be successfuuuuul!

At first I was a bit worried that I'd have nothing to write about; but I figured if I spread out my reviews over a longer period and do more makeup looks, I should be fine. I haven't yet decided if I want to finish the ban at the end of May or the end of June. I'm leaning towards June because my birthday is in April, which means I'll be giving myself a respite from the Spending Ban, but only by using gift cards/birthday money. Think I can do it? I hope so!