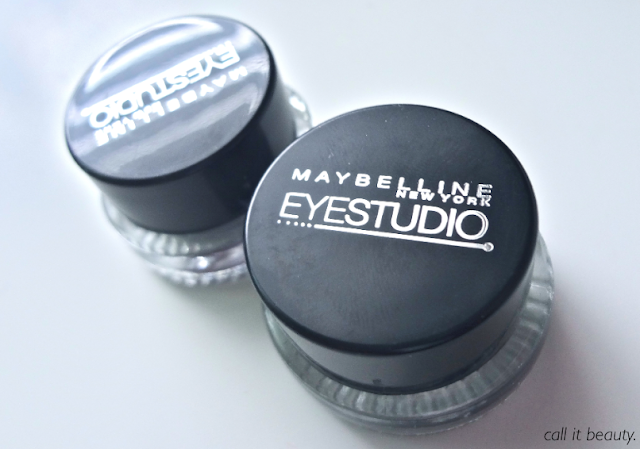 Here's the thing... Yes, the products that are in my makeup kit are also used for personal use (after proper sanitizing, of course!), but it kind of becomes a hassle when it's a product that you would use every day -- or nearly every day, at least. Unpack, repack, unpack, repack, and all that jazz... So, I figured now is the time to get another gel eyeliner, since my Clinique Brush-On Cream Liner is officially in the kit.

BUT, since I am on a low-buy (gotta save up for the dslr, baby!), I decided to turn to Drugstore fare. To be completely honest, I didn't really expect much from the Maybelline Eye Studio Lasting Drama Gel Eyeliner, which I purchased at London Drugs for $9.99 CAD each; but boy, was I surprised... 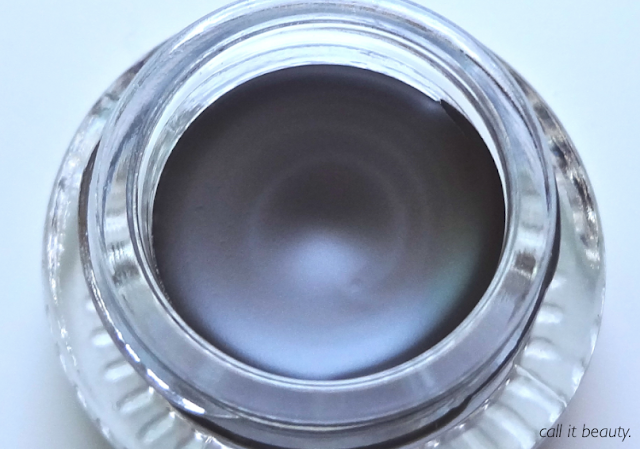 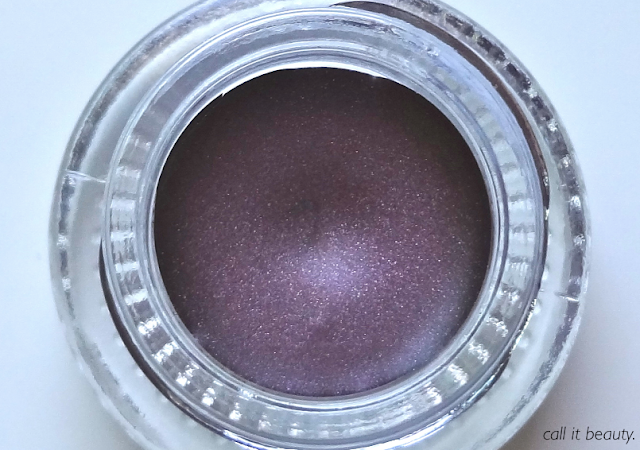 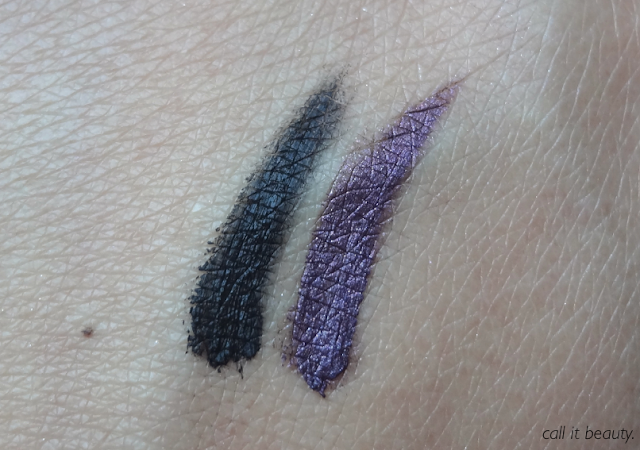 I purchased 2 of the shades - Blackest Black (black eyeliner is, and should be, a staple in everyone's stash) and Eggplant (softer and a bit more fun than traditional black, and it compliments brown eyes well). Both shades are well pigmented, though Eggplant does take a few more swipes before getting the opacity I desire. Also, while Blackest Black is a straight up black, Eggplant has small, silver particles running through it; I can't describe it as "glittery," but there's definitely some shimmer action going on. 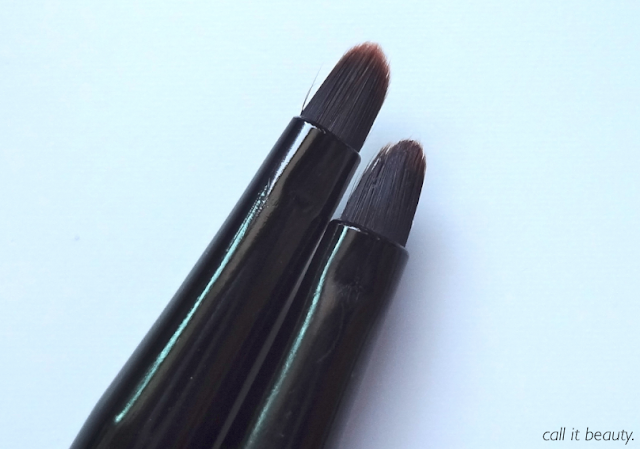 Each pot also comes packaged with a small eyeliner brush, which I actually really like! I've always been partial to angled brushes (my favourite is one of MAC's angled brushes -- can't remember if it was the 263 or the 266), so I really wasn't sure about these ones. But again, I was pleasantly surprised. The bristles are short and firm, just how I like my eyeliner brushes, and the handle is as short as a travel-sized brush; which, when you consider how bad my eyesight is, it's pretty awesome that I can get close enough to the mirror on my vanity to see my eye clearly without knocking the end of my brush on the mirror. It's the small things, guys...

It's also rather easy to create the flick that I am quite fond of with these brushes, which would've been the dealbreaker for me. So BIG THUMBS UP to Maybelline for these awesome brushes! 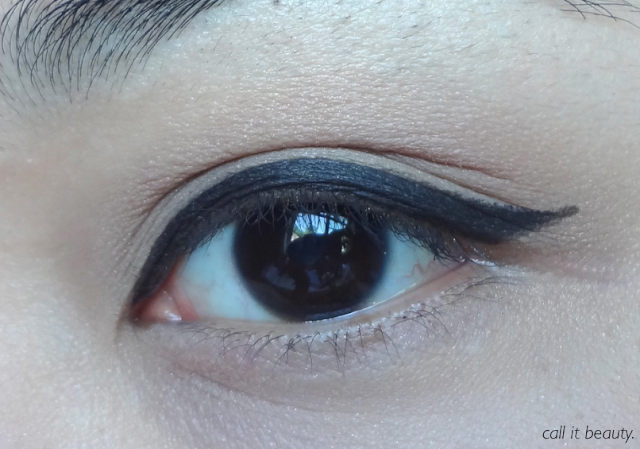 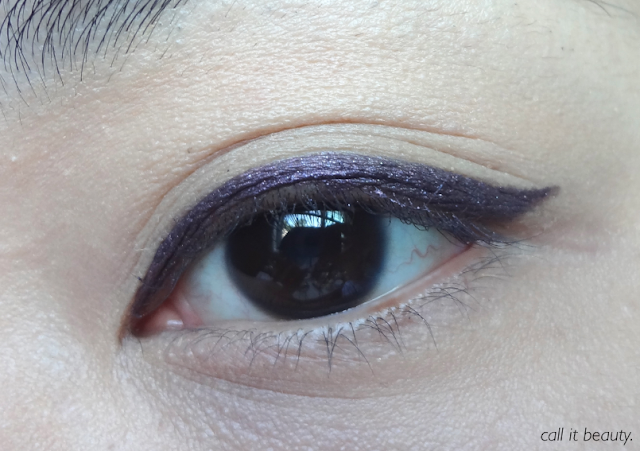 *Please excuse the difference in skintone. I used a foundation with a more yellow undertone for the Eggplant swatch. Also, I took the photo of Blackest Black on a cloudier day. Apologies!

The texture of these gel liners are also quite nice -- they don't have as much slip as Clinique's and they've also got a thicker consistency, but it still glides on very smoothly. But the best part is, I don't need to wear primer underneath in order to have it last all day. I did see some very slight migration to the bottom lash line at 12 hours, but 9 of those hours were spent in a hot, crowded room doing makeup or outside in the hot sun for a photoshoot. I was definitely impressed by how well it stood up to all of those conditions... Lasting Drama, indeed!

That said, because it's long lasting, I have to wash my brushes way more frequently than I would like. I'm talking about every 1-2 uses, yo! On the second use, I found the brush to be very stiff and I wasn't able to make my flick as precise as I normally would be able to. Still, it's a pretty small price to pay to have a gel liner that works this well and at such an inexpensive price point. Kudos to you, Maybelline! Well done! :)


Posted by dani@callitbeauty at 7:00 AM